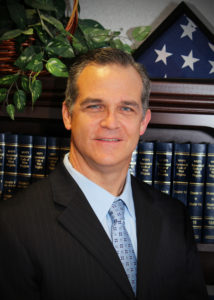 Educated at West Virginia University, Attorney J. Jeffrey Culpepper joined what is now Sal Sellaro Culpepper Legal Group in March of 2009 after nearly 12 years on the bench as Monongalia County’s Family Court Judge. Since 2009, Jeff has served as Senior Status Family Court Judge across the state of West Virginia while building his private practice in family law, criminal, civil, and administrative matters. Sal Sellaro Culpepper’s formidable reservoir of legal knowledge and expertise helps to form one of the most comprehensive, dynamic, and capable legal teams in the state. Whatever your legal concerns, Mr. Culpepper and his law partners take pride in their ability to serve you when it matters most.

Jeff and his wife Susan met at West Virginia University where they were both students. During their 28+ years of marriage they have raised a son and a daughter. After earning his undergraduate degree in Journalism, Jeff went on to earn his law degree from WVU College of Law in 1993. His wife, Susan, went on to earn her Master’s degree in education and has been a public school teacher in Monongalia County for 25+ years.